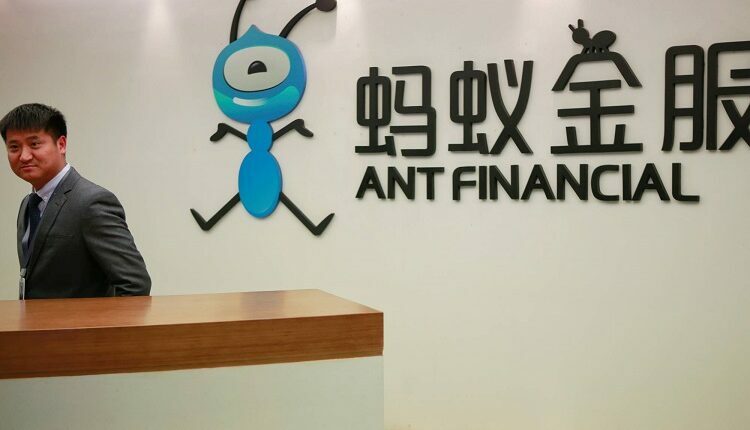 0
Share
The current situation of the whole world leaves us with a lot of questions regarding the future of many enterprises and companies. Of course, we can observe some tech entities gain unprecedented momentum, but we can never be sure whether it will be kept or not. The last year’s listing of the Ant Group (the owners of Alipay) could be a good example of a vast development amid the global pandemic. Its value was estimated at $250, but the goal was to raise $35 on the debut in Hong Kong and Shanghai.

There are of course other world phenomena such as TESLA or Nasdaq, and we can only assume if they were an inspiration to the Chinese economists who planned Ant Group’s steps.

The opening of the Chinese market

Despite some controversies (such as the Luckin Coffee case for example), China seems to be caring more and more about foreign investors, and it looks like we might be witnessing a small opening of its market for companies from all over the world. Dr. Fang Xinghai, the Vice Chairman of the CSRC (standing for China Securities Regulatory Commission) has issued some statements which emanate with a sentiment for international cooperation.

In August 2020 he gave an interview, where he expressed the desire to cooperate with the United States, PCAOB (Public Company Accounting Oversight Boards) in particular. In his opinion, the decoupling that we have been witnessing in the past, benefits nobody and is bad for both sides.

His words seem to be converted into action, as in September Citi has been accredited to operate on the Chinese market as the first bank from the US. They got labeled as “Approved for Business” in the People’s Republic of China, which, as Disruption Banking’s Andy Samu observes, could not have been better news for the newly appointed Citi’s CEO.

But the Chinese approval is actually the result of a few years of hard work, which resulted in developing the bank’s securities in the Middle Kingdom. As David Russel, the Head of Securities Services in Citi APAC (Asia-Pacific) comments, the firm has “invested significantly” in the Securities Services Department in Shanghai. The plans go well beyond the current actions, as the officials want to strengthen their positions in fund administration and other services.

Apart from Citi, American Express and BlackRock have received similar approvals from PBS (People’s Bank of China) in order to work on their businesses. Others, like Vanguard, are still considering the possibility of opening a new office in Shanghai.

How do Chinese want to cooperate?

Only a few days after that interview Dr. Xinghai was a speaker at 2020 China International Annual Forum. On that occasion, he was speaking about how his organization is trying to tighten the international cooperation by allowing foreign investors to trade in China.

He also revealed that only 4.69% of Chinese stocks were in the hands of foreign investors with the value of $294 billion in circulation. That is a really tiny percentage, when compared to Japan’s and South Korea’s 30%.

With simple math, we can calculate that in order to achieve the 30% mark, investors would have to pump $1.9 trillion into the Chinese market and an investment that big could take years to be conducted.

To attract different financial entities from all over the world, the Chinese market must have a reputation of being a trustworthy environment. Because of that, the China Banking and Insurance Regulatory Commission has punished some institutions with a fine of Rmb 320m in total ($47m) in the early days of September 2020.

Among fined institutions we can find China Minsheng Bank, Guangfa Bank, Zheshang Bank, China Huarong Asset Management and Huaxia Bank. The main reason for the penalty was the alleged provision of financing for some real estate projects that would not meet requirements, as well as offering loans and selling some wealth management products to associated parties.

This case shows how Chinese authorities are not afraid to chase down homegrown firms in order to encourage foreign enterprises to invest in the county’s stocks. Andy Samu describes that as a certain level of maturity needed for the further development.

With that in mind, nobody should be surprised, when in the nearest future we will be seeing more and more American firms engage in the Chinese market. But is it such a lucrative option, really?

Some quants from companies such as Morgan Stanley, Sanford C. Bernstein and Macquarie Group Ltd. have recently hinted that this rapid development and glory days for Asian markets may be over soon. This could be well described by the phrase “momentum exhaustion”. Of course, as it is always, we will be seeing some exceptions, and Ant Group will most likely be among them.

To find out more about the future of the Chinese market and the American investments on it, we advise you to visit Andy Samu’s original piece on the topic, which was published on the Disruption Banking website. To enter it, simply click the following link https://disruptionbanking.com/2020/09/29/approved-for-business-in-china-and-ant-groups-35-billion-ipo/

Why to Buy 2021 Chevy Trax Apart from Affordable Pricing?

Sky is the limit in 2020: Types of business loans to grow your business

How to Increase Manufacturing Productivity